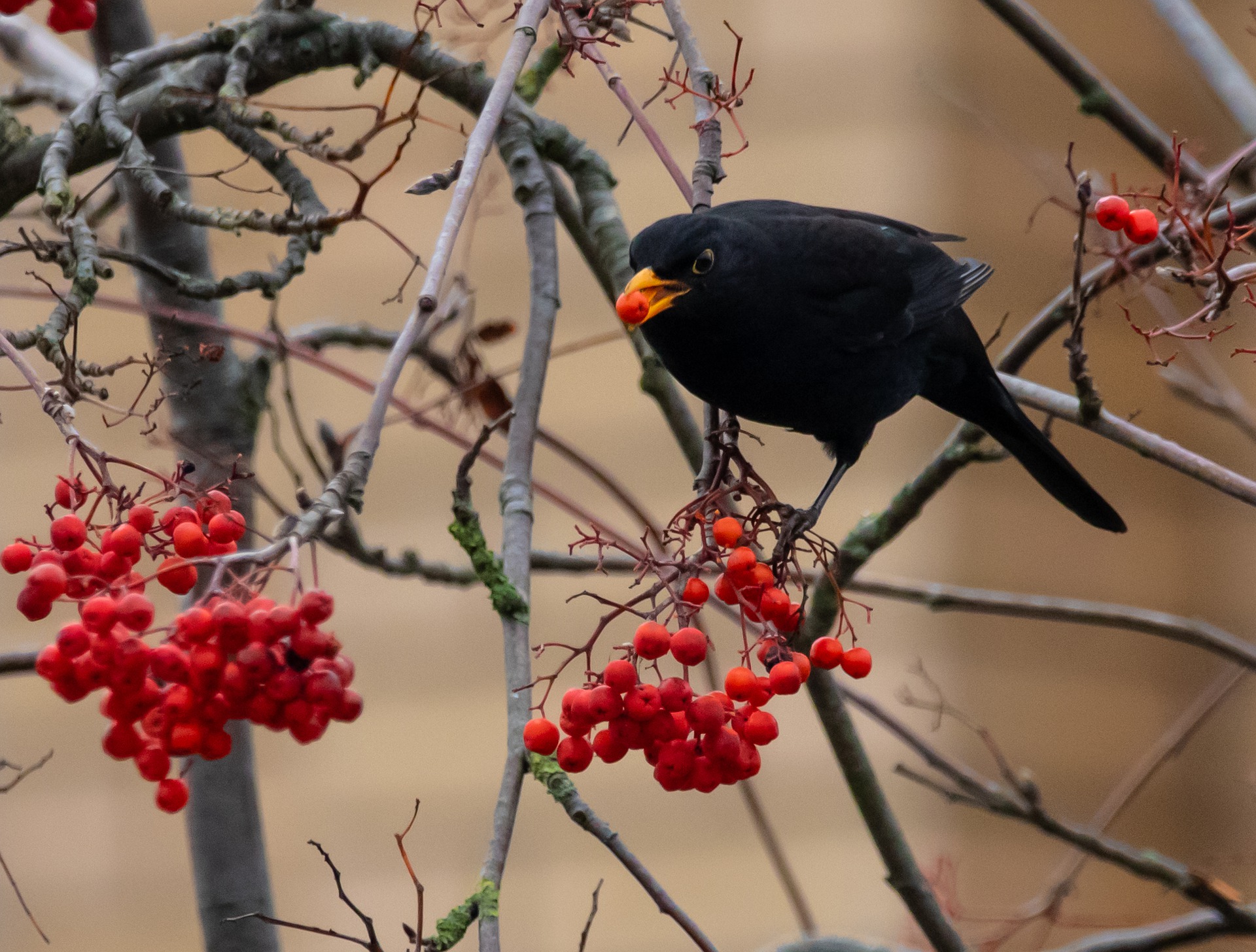 Gout in a Larger Perspective

A Peek Into the Complex Nature of Fruits

There is no such thing as free food in nature.

Nitrogen is not only a growth-limiting nutrient in body-builders, but also in microbes and plants, and in the chapter on articular gout I explained how intestinal microorganisms are able to cause tissue-damage to their hosts as a means to acquire nitrogen.1)https://nph.onlinelibrary.wiley.com/doi/10.1111/j.1469-8137.2012.04116.x An hypothesis I’ve had since then is that this might also be part of the explanation for why some plants coat their seeds in sugars, forming what we know as fruits.

Our present blue-eyed, albeit subconscious perspective on fruits is that they are simply nutrient-resources, and that the producer doesn’t ask for anything in return, except that we may “pay it forward” by spreading and fertilising its seed, which takes zero effort on the behalf of the recipient. However, I suspect that 500 million years of land-plant evolution holds a more elaborate, and less altruistic explanation for this deceivingly kind ecological gesture from the plant-kingdom.

Seeds are extremely nutrient-dense because their role in reproduction, and to secure their continued existence through time seed-plants have developed different strategies to ensure that this nutrient-pill is not simply crushed and consumed as a resource by animals. In this matter, the fruit-producing plants chose to go a bit against the grain and made their unborn offspring even more attractive to hungry animals by adding on an outer layer of of freely available nutrients, but separated from the inner core of nutrients by a protective inner casing so the seed can survive the intestinal transit. This fruity, outer layer is apparently not only attractive to frugivorous animals, but also to microbes. In fact fruits are like small planets, inhabited by diverse sets of microbial species depending on both the type, part and state of the plant/fruit as well as on external climate-fluctuations. Compared with other plant-parts, fruits seems to attract a particular set of microbes, and a study that compared the microbiome of tree-blossoms and fruits found that the presence of fungal yeasts (and other yeast-like organisms) was more than two-fold higher on the latter, and one of the most common species isolated were Saccharomyces cerevisiae which is specialised in fermentation of simple sugars, and also one of the main microbial suspects in the case of clinical gout.2)https://www.sciencedirect.com/science/article/abs/pii/S09255214183004743)https://www.nature.com/articles/hortres2016474)https://www.nrcresearchpress.com/doi/abs/10.1139/cjm-2012-0468#.XyJnPBMzZQI5)https://www.ncbi.nlm.nih.gov/pmc/articles/PMC5512154/

However, these fungal inhabitants are denied access to the sugary part of fruit by an external protective casing, the peal which also has direct antimicrobial properties for precisely this purpose, and perhaps also as to control what microbes are allowed onto the fruit.6)http://www.ejbiotechnology.info/index.php/ejbiotechnology/article/view/v9n3-1/268 Coincidentally it is not much of a barrier for frugivorous animals, which makes it more likely that consumption by frugivores occurs before the fruit “spoils”, which would otherwise render it less attractive to them. In this way, the plant engages both microbes and the animal in its reproductive effort.

The trick that the plant then hides in the nature of the fruit is palatability via its high content of simple sugars, which can cause gorging and hence consumption at a level and rate that surpasses the consumers capacity for nutrient absorption.7)https://pubmed.ncbi.nlm.nih.gov/21800086/ 8)https://academic.oup.com/advances/article/11/3/616/5614218 Many fruit-producing plants also add what is called “anti-nutrients” to the mix that specifically serves to block host nutrient-digestion and -uptake.9)https://pubmed.ncbi.nlm.nih.gov/23533206/ The result of this is a surplus of nutrients that then becomes freely available to the co-ingested fungi which can then potentially grow resilient enough to be able to survive gastric transit and achieve a high enough level of virulence as to be able to match the micro-ecological competition and synthesise mycotoxin distally down the small and large intestine.10)https://www.ncbi.nlm.nih.gov/pmc/articles/PMC120793/11)https://msphere.asm.org/content/3/2/e00092-18

As a quick summary of what was discussed in the article on gout, mycotoxin is a secondary metabolite synthesised by some fungal species in response to being eaten by a predator. This toxin is then absorbed by the consumer/host and essentially digests it from within, causing a number of their cells to die which in turn causes release of nitrogen in the form of uric acid that then by the synchronous and synergistic nephrotoxic effect of mycotoxin gets diverted towards excretion into the gastrointestinal lumen. In the gut, bacteria converts uric acid into ammonium, which in normal conditions serves as a nitrogen recycling-mechanism where ammonium is then re-absorbed by the host, however in the setting of simultaneous nitrogen saturation of host-physiology, through either sufficient or excessive protein intake, this ammonium can instead be claimed by other members of the gut microbiome, that then leave the animal-gut and become part of the soil nitrogen-pool.

Nitrogen is abundantly available in the air, but in an inert form that can’t be directly used by neither plants nor animals, and the only way it can enter into large eco-systems is through soil-bacteria that turns it into ammonium that is then deposited into the root-systems of plants. This is a mechanisms known as nitrogen-fixation which is part of a complex symbiotic exchange that takes place between plants and microbes (both bacteria and fungi).12)https://www.sciencedirect.com/science/article/pii/S0944501315300288

Bacterial synthesis of ammonium from atmospheric nitrogen is a very energetically costly process, requiring approximately 16 ATP (for non-photosynthetic microbes).13)https://www.sciencedirect.com/science/article/pii/S0944501315300288 For comparison, fermentation of one molecule of glucose in a cell yields 4 ATP, so in order for a common plant to obtain nitrogen, it first needs access to sufficient amounts of carbon-rich organic matter in order to fuel this process in the soil-microbiome. This might be part of the reason as to why some plants chose to invest their resources into producing fruit-coated seeds intended for passage through an animal gut, because they can use fungal yeasts to extract nitrogen from the the animal while at the same time also receiving a fitting roster of symbiotic microbes (on which they are mortally dependent14)https://www.nature.com/scitable/knowledge/library/the-rhizosphere-roots-soil-and-67500617/) and plenty of organic matter, providing the next plant generation with a promising start in life. In this context, gout might just be another (very) unpleasant side-effect of other species using us to survive and reproduce, exactly like we use them.

If we manage to look past the the painful phenomenon of gout and other detrimental effects on short-term health, intestinal nitrogen-loss is really to our own benefit (in a natural context) because more fruit will be available in coming harvest-seasons, which in turn boosts reproductive success for us as well as for the fruit-plants and their associated bacteria and fungal yeasts, creating the very opposite of a viscous circle even though it might involve severe pain. Biology is fascinatingly complex, and if this hypothesis is true it argues strongly for disease being more about biology and ecology, and against the “black magic-perspective” often evident in modern medicine, where the concept of health only involves our own well-being and diseases are portrayed as something universally bad that could and should be exterminated. If true, this also means that the question as to what and how we should eat stretches beyond both health and disease, highlighting the give-and-take nature of biological interactions which is essential to the persistence of all forms of planetary life in the long-run.