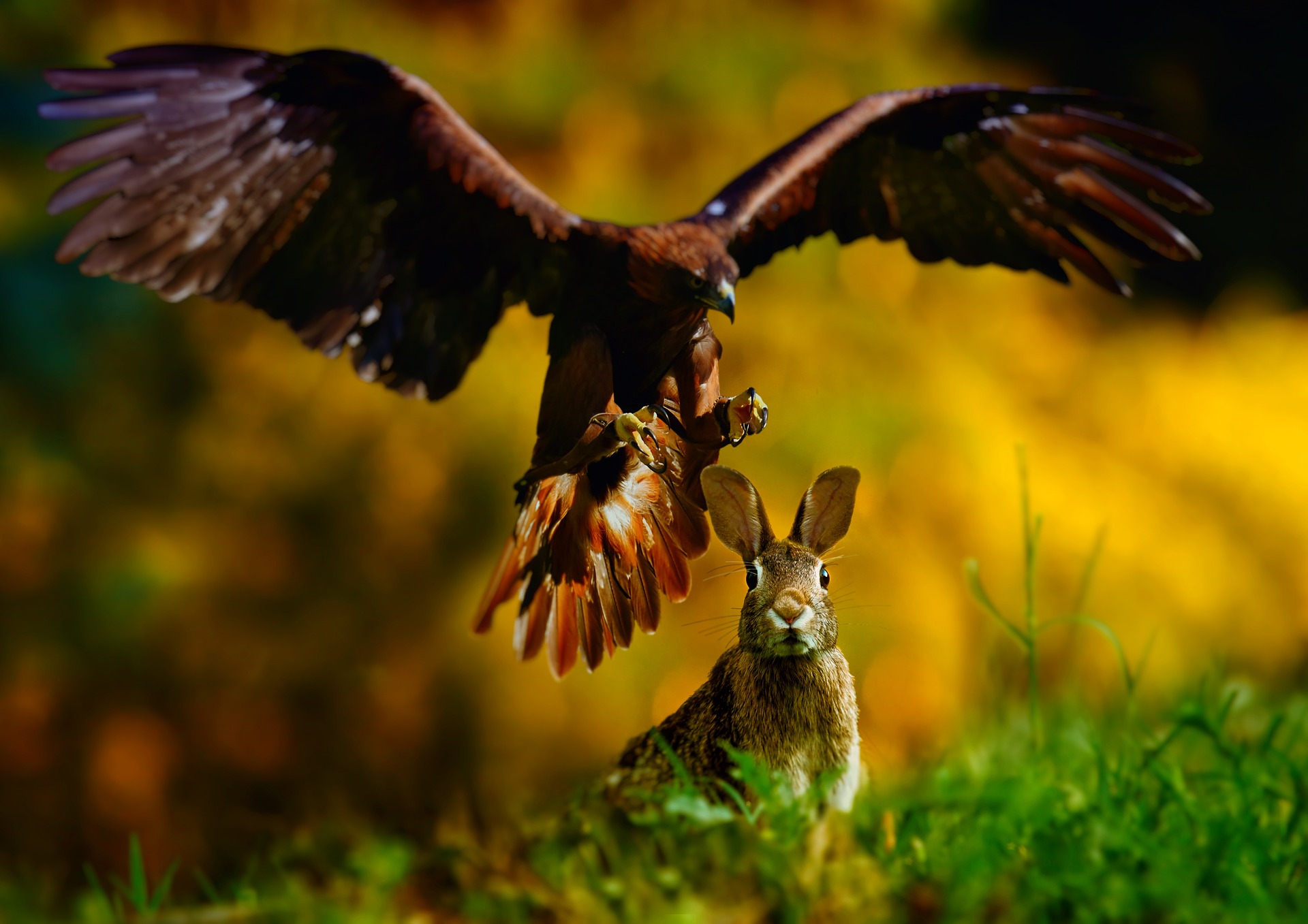 An Ecological Perspective on Pathology

Are diseases simply phenotypic expressions of interspecies-interactions that are happening at a scale too small for our eyes to see?

Contents show
1. Ancient Solutions to Ancient Problems
2. The Link Between Ecology and Pathology
3. A Universal Definition of Disease
4. Principles of Parasitology and Predation Can Explain Pathological Phenotypes

A common belief today is that most chronic diseases are modern phenomenons caused by present conditions miss-matching our ancient genetics. Exposure to stimuli that are incompatible with the recipient, analogous to pouring water into a computers cd-reader causing short-circuits and system malfunction. While genetic miss-match may very well explain increased disease-prevalence in modern society, the idea that the diseases themselves and the mechanisms that drive them have a modern origin is a very difficult idea to entertain when studying the scientific literature.

Conflicts with viral, bacterial, and fungal pathogens were known even by our unicellular ancestors. Dinosaurs occationally got gout and osteoarthritis and the first documented case of cancer is 240 million years old.1)https://www.nature.com/articles/387357a02)https://onlinelibrary.wiley.com/doi/full/10.1111/j.1475-4983.2012.01151.x3)https://jamanetwork.com/journals/jamaoncology/fullarticle/2723578?guestAccessKey=36a3caee-1474-4c66-88e0-e38dc4e8304d Evidence of cardiovascular disease has shown to be a common finding in ancient humans dating back at least 4000-years, including both pre- and post-agricultural populations, paradoxically even those who lived an active life while consuming a heart-healthy diet containing lots of fatty fish.4)https://www.thelancet.com/journals/lancet/article/PIIS0140-6736(13)60598-X/fulltext5)https://jamanetwork.com/journals/jamanetworkopen/fullarticle/2757994

The prevalence of disease and associated mechanisms can be traced throughout the history of life and since disease does not seem to occur as spontaneous phenomenons (maybe not even cancer14)https://www.ncbi.nlm.nih.gov/pmc/articles/PMC6197845/) but as responses and reactions, an interaction of some kind is an obvious prerequisite. Therefore it is my belief that to understand the root of disease, we need to stop considering them simply as defects and instead look deeper into the fundamental mechanics of life, which is biology and specifically at the fundamental nature of interactions between life-forms, and between life-forms and the environment which is the study of ecology, to figure out what is going on, and why.

The Link Between Ecology and Pathology

Interactions between organisms is a foundation for continued existence of all forms of planetary life and can be either competitive or cooperative in nature, meaning that when one organism or a group has, produces or can acquire something that the other one needs, they can either directly compete over the resource, or they can try to negotiate an agreement. How these interactions plays out depends largely on the biological fitness of the organisms. If the difference between them is large, the stronger one will simply outpace, defeat or enslave the other, gaining all or most of the resource, but if both parties are of near equal fitness this instead sets the stage for a potential mutualistic exchange. These scenarios play out very similarly both at the macroscopic and microscopic level with interactions between multicellular and unicellular organisms respectively, and also in interactions between the two. From this perspective, the negotiation of international trade-agreements and the acting out of large-scale human conflicts looks a lot like what goes on between bacteria and fungi trying to co-inhabit the root-system of the same plant.15)https://www.biorxiv.org/content/10.1101/130740v1.full

In natural ecosystems, interactions between organisms eventually reach a state of equilibrium in relationship to the current environment. A stable hierarchy and flow of resources is established. However, this is not a static state and if the level of fitness in one organism starts decreasing, or if the fitness of another interlinked organism rises, the former will be in an inferior position to negotiate or compete for the resources needed to survive leading to a state of starvation and subsequent functional decline. Should the level of relative fitness of an organism drop too low they are killed and consumed wholly as a resource, becoming energy and biomass for other members of the ecosystem, which means that to prevent this from happening, a decline in the level of biological fitness increasingly has to be met by a reciprocal increase in the relative allocation of energy towards defensive strategies to respond to an increasing threat-level.16)https://www.ncbi.nlm.nih.gov/pmc/articles/PMC3601794/ This further exacerbates the problem of functional decline, mirroring the old biblical saying that for those who have, more shall be given and from those who have not, more shall be taken.

A Universal Definition of Disease

The state of disease within this framework can be defined as a state where an organism succumbs to the competition from other organisms or to stressors of environmental origin, leading to a transient or persistent decline of physiologic functions. In contrast, succeeding to to sustain equilibrium across time under the constant pressures of life equals health. These are very broad definitions, but they are probably as true today as at any time-point in the past, and also at every level in biology. Today, we are mostly protected from competition for our place in the food chain and from environmental stressors such as heat and cold. Also, industrial civilisation has a firm parasitic grip on the organisms that constitutes the human food-supply. So in theory, we should be thriving. But despite our near total dominance of natural ecosystems and centuries of scientific advancements, chronic disease is still very prevalent, even more so today than ever before.17)https://www.ncbi.nlm.nih.gov/pmc/articles/PMC6351821/ The cited reasons for this found in the literature are numerous. Besides the “evolutionary miss-match hypothesis” mentioned briefly in the beginning and many other related theories, another common perspective is that the increased prevalence of chronic disease is just an inevitable consequence of an increasing part of the population now reaching post-reproductive age, and that health is not a primary force for natural selection. Indeed this contributes to the overall picture, but studies has shown that ageing of the population only explains about one third of the increased chronic disease prevalence seen now in modern society.18)https://www.ncbi.nlm.nih.gov/pmc/articles/PMC4970764/ However, still none of these common perspectives provides a viable explanation as to why chronic disease occurs in the first place apart from just being avoidable or unavoidable defects.

I believe that the reason we have yet to figure this out is that we have the wrong perspective on disease and that therefore we are failing to properly recognise that there are ecological workings behind expressions of pathological phenotypes in organisms. Still, common theories for the origin of chronic non-communicable disease such as rheumatoid arthritis instead pits the body up against itself, and blames random genetic defects for what on the surface looks like friendly-fire from the immune-system. The origin of this kind of reasoning goes back historically to a faulty dichotomisation of disease into infectious and non-infections categories that came because of an overestimation of the specificity of in-vitro microbial cultures, producing false-negative results that still constitutes the foundation for our understanding of non-communicable disease. The labeling of non-communicable disease might also be inappropriate because of the communicability of environmental factors, and also when considering that studies on gut-microbial transplants has shown many of them to be transferable (at least in experimental settings), hence contagious by definition.19)https://www.ncbi.nlm.nih.gov/pmc/articles/PMC6711186/20)https://www.ncbi.nlm.nih.gov/pmc/articles/PMC6767494/21)https://www.ncbi.nlm.nih.gov/pmc/articles/PMC4348024/ The believed absence of a rival biological will might be a reason why most pathophysiological explanations resorts to reductionistic terminology like “aberrant responses”, implying faulty reactions to relatively harmless environmental stimuli. Like the body is just getting in its own way. If we instead consider that that the expression of common pathological phenotypes is the result of an interaction with rival organisms, the pieces of the puzzle starts to come together.

Principles of Parasitology and Predation Can Explain Pathological Phenotypes

There is a problem that comes with a life characterised by abundance, but it only becomes visible when we look at the situation through an ecological lens. When an organism manages to acquire valuable resources at a rate that exceeds its immediate need and capacity for efficient storage, they become increasingly attractive targets for parasites.

A parasite is any organism, large or small that practices parasitism, which is defined as resource-accrual through another organism that acts as an intermediary. It can be the main strategy that an organism uses to acquire resources, or it can be used intermittently and in selective interactions with organisms of both the same and different species. The practice of parasitism is very common in natural ecosystems, and even though it has a negative ring to it, it is nonetheless a working evolutionary strategy that has proven to withstand the test of time. For a true parasitic relationship between two organisms to form, there are two prerequisites. The first is a continual accumulation of a resource surplus by the host, defined as the amount exceeding the minimum cost of the combined effort of sustaining vital functions and accumulating the resource. This allows for resources to be taken without killing the host, which is how parasitism differs from predation. The second prerequisite is a gap in relative fitness between the organisms that favours the parasite, which in this case manifests as the difference between the defensive capacity of the host (to protect its accumulated resources) and the offensive capabilities of the parasite.

A short-term resource-deficit can also lead to increased susceptibility to parasitic influence through lowered defensive-capabilities in the host, but to be sustained, a surplus is required and If the relationship can’t be sustained it falls more under the definition of predation than parasitism.22)https://www.nature.com/scitable/knowledge/library/predation-herbivory-and-parasitism-13261134/ However, since all organisms eventually loose to entropy, all types of competitive interactions that produce a clear winner and a looser in a biological sense can be said to fall on a spectrum of predation. For the sake of the argument in this section there is no need to differentiate between the two and they can be considered somewhat synonymous in terms of their physiological consequences.

Either way, an organism that gets on the loosing side universally express a phenotype that is characterised by gradual functional decline as a consequence of relative resource-deficiencies which initially affects functions, or processes that are unrelated to short-term survival. Like for example autophagy and other maintenance-processes at the cellular level, or endothermy, muscle-activity and higher brain-functions at the level of the organism. Vital functions can eventually be affected, which might cause the demise of the host.

A similar degenerative phenotype can also be generated voluntarily by the host as a direct defensive strategy to limit resource-availability to the parasite/predator. Because organisms only have a certain amount of energy available, up-regulation of defensive functions necessitates a compromise with non-vital functions and it can be very difficult to differentiate host/prey defensive-responses from those that are a direct consequence of parasitic influence or predation. However, for our purpose it is enough to know that an organism that gets under parasitic or predatory influence expresses a phenotype that is characterised by a gradual functional decline, which can be visible both at the tissue-level as well as at the level of the whole organism.

It is my suspicion that this is whats going on at the core of chronic non-communicable disease and that the subtle progression of inflammatory and degenerative tissue phenotypes might be the result of local and systemic physiological processes succumbing to a persistent parasitic/predatory threat coming from the commensal microbiome.